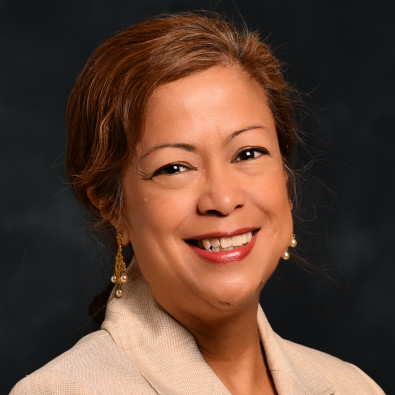 Angelica Docog became the first female and Latina-Asian to assume the role of Executive Director of the University of Texas at San Antonio Institute of Texan Cultures--one of the top cultural arts destinations in San Antonio, Texas. Prior to joining the Institute, Angelica worked for 15 years in the curatorial, research and interpretation aspects of museum operations as a scholar, educator and administrator. Her research interests include cultural identity; cultural representation; cultural sustainability and cultural preservation of culturally diverse communities in museums. Her Seton Hill degree in history and minor in political science set “…a foundation of excellence in spiritual and academic growth…” that followed her through earning her M.A. from the Cooperstown Graduate Program in History Museum Studies in Cooperstown, New York, where she was the recipient of the New York State Minority Fellowship. She is currently pursuing a doctorate at the University of Texas at San Antonio. Angelica holds numerous professional memberships and gives back to her community through service on multiple chambers of commerce, two cultural heritage organizations and a refugee advisory board. In 2019, The San Antonio Women’s Hall of Fame selected Angelica to join its class of inductees.