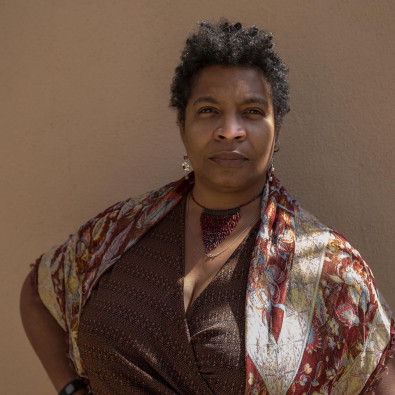 Born in Jamaica, Nalo Hopkinson is a 2002 graduate of Seton Hill University’s Writing Popular Fiction master’s degree program; she holds an Honorary Doctor of Letters from Anglia Ruskin University in the United Kingdom. As a published author and professor of creative writing at the University of California, Riverside, Nalo’s focus is on science fiction, fantasy and magical realism. In 1998, Nalo published her first novel, Brown Girl in the Ring, and has since written and published five novels, two short story collections and a chapbook, which draw on Caribbean history, language and the fairy and folk tales she read at a young age. Between 2018 and 2020, she was the author of “House of Whispers,” a monthly series of comics set in Neil Gaiman’s “Sandman” Universe and published by DC Comics. Nalo has been recognized with many literary awards including the John W. Campbell Award, the World Fantasy Award and the Andre Norton Award. In 2008, her book The New Moon’s Arms received the Prix Aurora Award and the Sunburst Award for Canadian Literature of the Fantastic, making her the first author to receive this award twice. Nalo has been a guest speaker at many science fiction conventions and is a founding member of the Carl Brandon Society, an organization devoted to exploring race and ethnicity in speculative fiction. In 2018, California State University Eagle-Con gave her the Octavia Butler Memorial Award, which celebrates an author whose writing exemplifies the spirit of Butler’s work. Also in 2018, the San Diego Comics Convention gave her the Inkpot Award, recognizing her achievements in science fiction.